Sign in to Webex for group chat, video calling, and sharing documents with your team. It's all backed by Cisco security and reliability. If you don't have a Webex Teams account, go to and you can sign up to try Webex Teams for free! Cisco Webex Teams provides continuous teamwork beyond the meeting with group messaging, file and screen sharing, white boarding and more.

With Microsoft Teams Free launched recently, more businesses will likely be giving it a chance, especially if they already use Office 365.

Microsoft Teams Free is new, but, collaboration is not.

If you use Cisco hardware for video conferencing, this could mean you have users already using Cisco Webex for messaging.

However, when unifying communication, there are potential friction points if not architected appropriately.

If this is the case at your company, read below as there are special considerations for those Cisco Webex users when the rest of your company is deploying Microsoft. 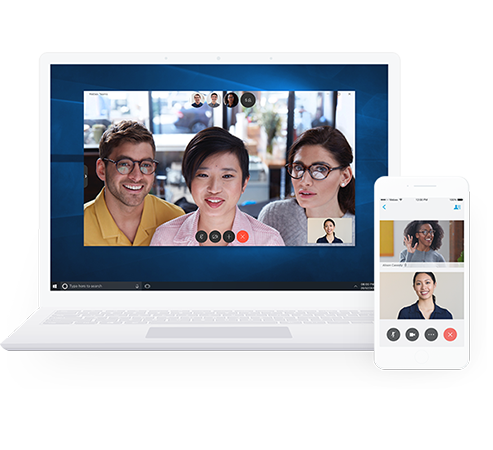 The introduction of Microsoft Teams came with the Practical Guidance for Cloud Voice framework – formerly the Skype Operations Framework.

These are both robust, tried and tested frameworks that help deploy and adopt Skype for Business and now Teams.

Before you get started on your rollout, Microsoft has published a Getting Started Guide for IT Admins.

Further to this, Microsoft has published a series of videos to aid your Teams deployment.

Before you undertake your Teams deployment, it’s crucial to conduct a pilot. It’s important to note the terminology here.

What you are doing here is running a pilot to suit your needs.

Your pilot needs to be tailored to your business’s unique needs and bespoke requirements.

A select pilot committee is crucial. You need your most vocal users and key stakeholders on-side from day one.

Failure to engage and win over the right people could put the entire pilot – and migration – in jeopardy.

Deploying Microsoft Teams when some users also use Cisco Webex.

In a recent independent survey, we learned that 62% of businesses using Cisco endpoints are using Microsoft Teams in parallel.

So this hybrid UC co-existence could come in a variety of ways.

When you plan for that great day when your Microsoft rollout is complete, do you have a plan for your Cisco Webex users?

Your Cisco users may have organically introduced Webex as the collaboration tool in your company and could see Microsoft as the competing intruder.

You have two options, and you may not have known the 2nd was even possible!

1. Kill Cisco Webex and get everyone on Microsoft

An extremely common question is: “How do we officially move users off Webex when we move to Microsoft?”

We often hear this following a merger or acquisition – when the new company is using Webex and the assumption is that everybody has to collaborate in the same app.

Here are two key considerations as you work to get buy-in from your Webex users:

You will need to re-map channels that exist in both Webex and Microsoft into one Teams channel and migrate all of the existing content over.

You will need to tell your team they should prepare to lose data or have a lapse in access to that data for a period of time.

It’s the add-ons and plugins that make enterprise messaging spaces thrive. You most likely have dozens – some have hundreds – of bots or integrations running in Cisco Webex.

Firstly, you’ll need to conduct an audit of what you have.

This could be a good exercise to remove redundant bots that don’t need to be replicated as connectors.

If the integration is not available for Microsoft yet, you may need to find a workaround solution or a different SaaS provider entirely.

Remember that in general, people will be averse to losing the app they live in all day.

This effort may take many weeks or months of careful planning.

2. Interoperability between Cisco and Microsoft

Collaboration apps are extremely personalized and users will always have their favorite integrations, connectors, and bots that they use and rely on, day in day out.

In the long term, planning to support two or more messaging environments, like Webex and Microsoft Teams gives your Unified Communications IT strategy more flexibility, as long as everyone can work together across different chat platforms.

That’s where Mio can help.

Mio keeps everyone chatting and collaborating in their existing Webex workspaces and their Microsoft environments while federating messaging across all platforms.

This truly is the best of both worlds.

Everyone gets to collaborate the way they prefer, without the need for a big migration plan.

With Mio, your Webex users don’t need to change platforms and will still be able to chat with colleagues on Microsoft Teams, and vice versa.

Mio is simple to set up: 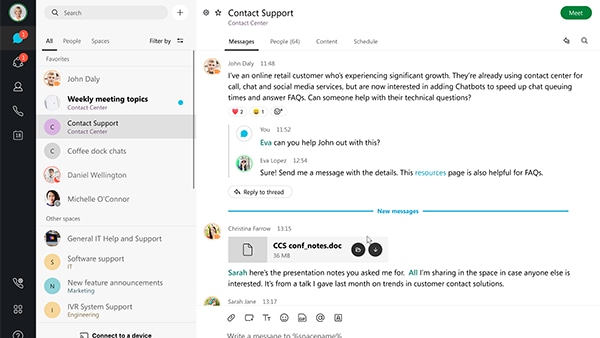 To find out more about Mio’s Microsoft + Cisco interoperability solution, check out this video.