In the last 10 days bricks and mortar English schools have been shot - willing or unwilling - onto the internet. Face to face teachers with their paper-based lessons who are masters of their domain are all of a sudden on the back foot. The future of language teaching is suddenly here, it's most definitely digital, schools are simply not ready and neither are students.

The future of language teaching is suddenly here...

When I started E2Language with a couple of friends ten years ago, we thought that we would record a bunch of grammar videos, upload them to the Internet and live off the recurring revenues. What a life it would be! How wrong we were... The difficulty of building effective language learning software smacked us in the face.

We soon realised that we needed to teach online to stay alive and I was reluctant.. but willing. It was a pivotal moment: We were either going to scrap the entire business or try our luck live-streaming. We tried our luck alright!

I taught my first scrappy OET lesson in 2016. Little did I know that the difference between an 'okay' class and a 'great' class would entail four more years of hard work. 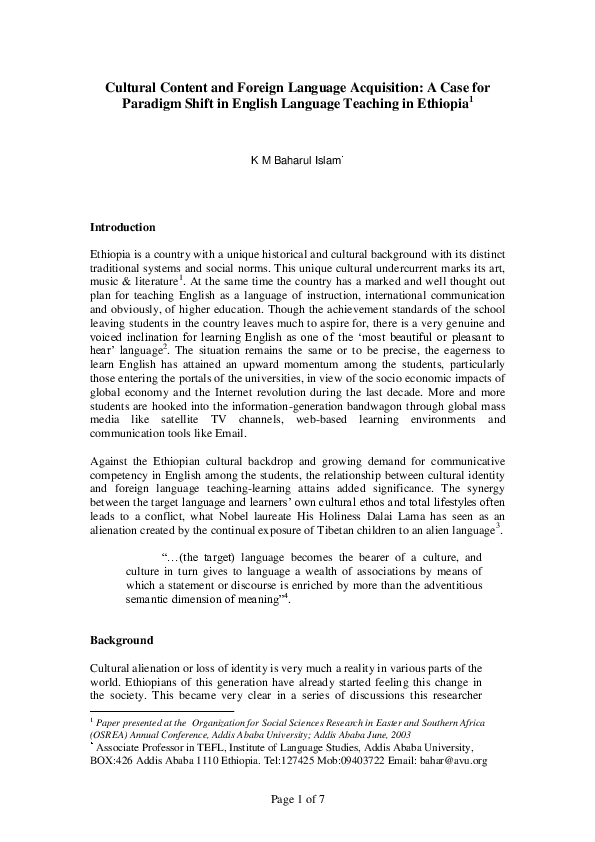 Little did I know that the difference between an 'okay' class and a 'great' class would entail four more years of hard work.

Since then, E2Language's 20+ teachers have delivered tens of thousands of tutorials and live group classes. In the last 12 months alone, our teachers delivered 8,199 tutorials and 2,383 webinars to nearly 140,000 participants. That's over 14,000 hours of English teaching on Zoom in a single year.

Very few English language schools are ready for the shift to digital language teaching. I say that because after ten years of programming and content writing, we are still refining our practice. And when I see a school claim to have shifted within a week I can't help but cringe. There's a gargantuan job ahead of them to make it work well and it really ain't got much to do with the old school; it's a brave new world.

To get 'something' up and running isn't hard. Anyone can make a free Zoom account, create a Google Calendar event, invite your student/s online and start screensharing whatever is on your desktop. But it's not a long-term solution; it's a workaround. Critically, when you are using a bunch of free tools on the internet your school and brand don't exist anymore. Why would students pay hundreds of dollars per week for a workaround? They won't.

The gradual path vs the direct path

Like everyone, I thought the shift to online language teaching and learning would be gradual. My belief in 'the gradual' was reinforced by my investigation into what other schools and universities were doing over the years. The most advanced had an ill-fitting Moodle -- an LMS never intended to teach language -- and the least advanced, which were the most common, didn't even have a Google Drive. When I spoke at ELT conferences about online language learning it was usually the marketing people that thought E2 was onto something. Almost everyone else seemed pretty content to continue with the bricks, mortar, faces and paper. With so many international students streaming across the border, there was no need to rush into it, right?

Wrong. Why schools should have implemented a digital strategy much earlier is because of digital 'disruption' - a threat that only hits home when it looks you in the eye.

A competitor's innovation is typically dismissed as being trivial because the 'bread and butter' takes priority. But a new way of doing things that starts on the periphery can quickly come to the foreground, especially when a 'black swan' type of event like a plague appears out of nowhere. I'm sure the hotel industry never took AirBnB seriously until it was too late.

One discussion I had with Rob MacLachlan from Bond University sticks out as important. He saw where things were headed... Watch below or listen here.

It's Bad for Bricks and Mortar, but Good for Existing Online

If COVID keeps borders and schools closed for more than 3 months and schools try to 'go it alone' by Zooming Google Docs then it's not going to end well. Both teachers and students will suffer. Teachers will suffer because they will have to rewrite entire curricula as they learn how to teach with digital tools on media they are not used to. Most importantly, they won't have a school anymore because if they persist with free tools like Zoom and Skype there will be absolutely no brand distinction. They will disappear among freelancers on the internet.

Students will suffer - and more than likely leave - as teachers do their best with what they have. Those schools with centralised LMSs like Moodle, Blackboard and Canvas will find them to be particularly useless during this time because they cannot take credit card payments or run a free trial. When students leave, all the school will be left with is the relic of their LMS.

Meanwhile, as schools flounder to get a grip on online teaching, digital content creation and platform development, existing online players will start to benefit from the student exodus. Students will still have to prepare for IELTS, and their dreams of English proficiency won't change, but their attitudes to studying online will. All of a sudden, they will be forced to try that online course, and you know what? It's only $69USD - bargain. And you know what? It's kinda' fun, and it works! Word will spread. Considering existing online disruptors have figured out how to scale their offerings they will outprice and outperform the 'incumbents'.

Existing online disruptors have figured out how to scale their offerings; they will outprice and outperform the 'incumbents'.

A return to normal?

Let's imagine that COVID goes away really quickly. Next week, the world miraculously opens up and parents are once again happy to send their children overseas to study English. Enrolments immediately fill up again.

What do schools do? Do they forget about the pandemic that just rendered them void? Do they imagine that another 'black swan' event won't come their way? I mean, the last time we had a plague was in 1918, right?

I don't think any school in their right mind would not consider the absolute necessity of a shift to online language learning - even if it were just a mitigation strategy, a contingency plan.

Let's face it: English language teaching will never return to 'normal'. The new normal would have to factor in an online strategy. There is no bricks and mortar anymore. The new world will be bricks, bits and mortar.

It should become part of visa policy that a portion of English language teaching and learning can be done online. Had Australian regulators allowed online English learning a year ago, schools would be in a much better position right now because it would have been in their financial interest to create an online offering. The shift would have been relatively quick and easy. 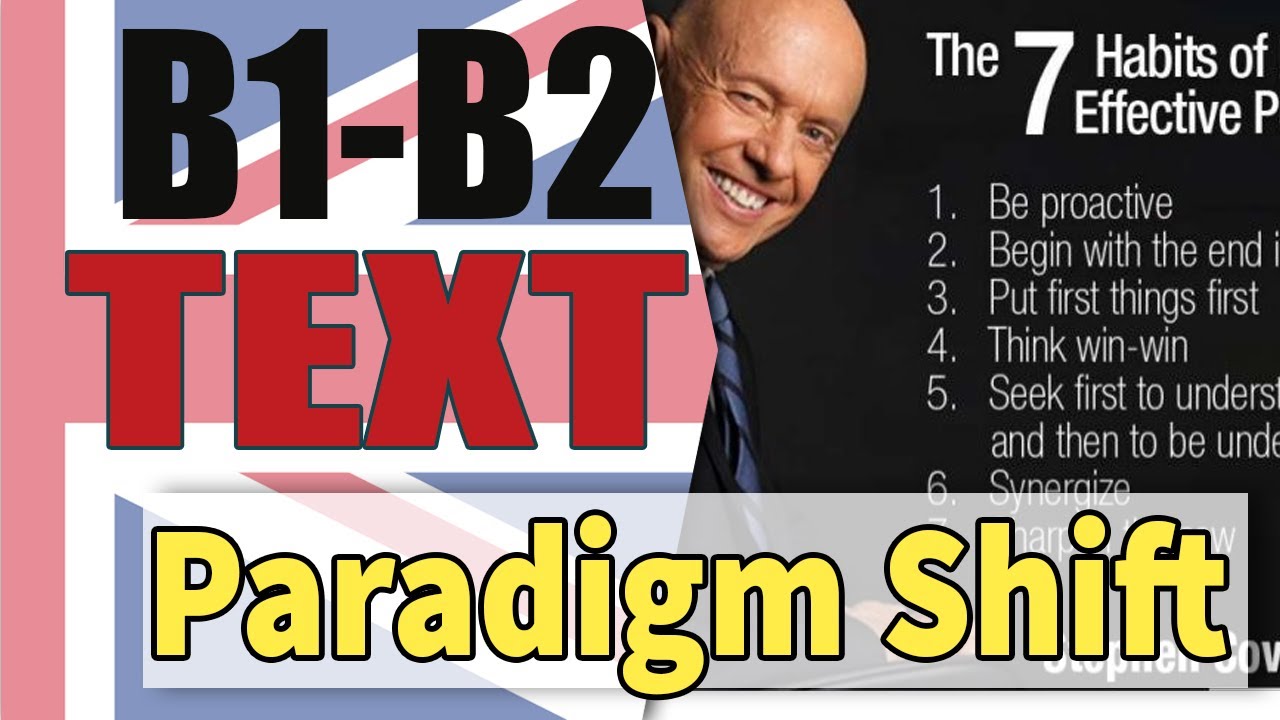 The only way schools can move through the unknown right now is to partner with an existing online company who has done the heavy lifting and who can offer them a turnkey solution to their problem. It is implausible for a school to build their own system. By the time they decide on the colours of the landing page they will be long ruing the loss of their livelihoods. Online language learning platforms cost millions of dollars to build and take many years.

In a win-win-win scenario, a school would adopt the technology, content and teaching practices that someone like E2Language has refined over the course of a decade. The transition, thus, would be efficient and effective. Students would stay, because, you know what? It's actually quite fun! This school knows what they're doing! And when the wooden doors open back up, the students would enjoy the flexibility and effectiveness of studying online from time to time anyway. Plus, the school will relish having auto-marked placement tests, online writing and marking submissions, remedial grammar courses for struggling students, diagnostic testing - everything they only ever dreamed about.

Those schools that do make the switch will also open up new lines of business otherwise locked off to them because of the four walls of their classrooms and/or the centralised nature of their LMSs. Suddenly that teacher training contract in Hong Kong with 4,000 high school teachers is do-able. Incredibly, they're enrolling Japanese bankers -- located in Tokyo -- into the digital speaking course they just created.

An entirely new world of language teaching revenue would open up.

And people like us - E2Language - who have real value to share would delight in sharing it. And the platform we have built over the last two years - E2Classroom - would get the workout it deserves. And the network it is built on would create an entirely different model for the publication and distribution of language teaching material (more on the network later).

Here is a preview of how E2Classroom can allow you to create an entirely new business model that does not in anyway rely on physical human contact and can be sent anywhere in the world at the click of a button:

I feel a sense of urgency right now, because what we're facing is urgent. Those schools that adapt quickly will not only weather the storm but they will thrive when the clouds pass and the sun shines again.

Get in touch: [email protected]